The Astrophysics Group has worked and continues to work on a wide range of molecular astrophysical sources. These include shocks driven by the outflows of young stars, the outflows of very evolved oxygen-rich AGB stars, and even the region near the central supermassive black hole of the largest galaxy in a cluster of galaxies. In the shocks, some of which may induce sequential star formation, the injection of material into the gas phase by the destruction of dust triggers a rich chemistry. In contrast dust is formed in the outflows of some evolved stars. At present the knowledge of terrestrial combustion processes has led to insight into the production of dust in carbon-rich outflows. However, the understanding of the routes to the sand-like silicate and other metallic particles in oxygen-rich outflows remains primitive. The response of dust formed in AGB stars to the pressure due to the stellar radiation fields affects the mass loss rates and outflow speeds, and some of the dust becomes a significant component of protoplanetary discs. 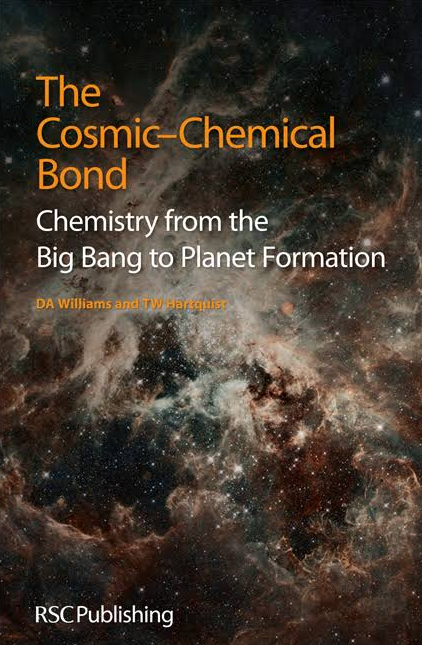 Chemistry from the Big Bang to Planet Formation